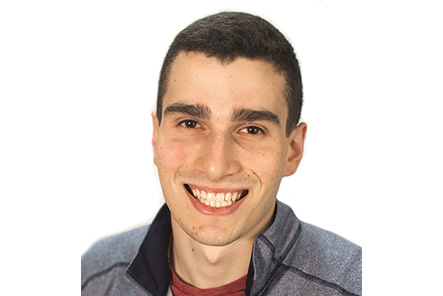 A: I joined TAMID my sophomore year at the University of Michigan. That summer, I attended the fellowship in Tel Aviv and worked for a healthcare venture capital firm. My senior year I was the Fund co-leader with Alex Lieberman, during which time we curated the inaugural “educational semester” at the Fund and pioneered several formalized initiatives (pitch criteria and templates, including minimum expectations for analyses) that we hope has set a standard of excellence within the organization since.
Q: Where are you living and what are you doing professionally now?

A: I am currently living in Palo Alto finishing out a research year in pediatric orthopaedics at Lucile Packard Children’s Hospital. In September, I’ll begin a 2 year Masters in Health Policy at Stanford. After that, I’ll return to NYU School of Medicine to finish my 4th year, before applying to residency (most likely in pediatrics). Much or my research has focused on the intersection of medicine, economics, and policy—that’s the area I hope to tackle in a professional and journalistic capacity going forward (during residency as well as thereafter).
Q: What’s one thing you’re doing now that you’re especially proud of and want the TAMID Pro community to know about?

A: After attending the “Generation to Generation” mission with the Young Leadership board for Yad Vashem this past summer, I was struck by how much contemporary medicine has been influenced by elements of the Holocaust. For example, the basis of what we know about hypothermia and hypoxia draws upon experiments conducted on victims of the camps (mainly Auschwitz); the foundations of modern genetics are premised on twin studies likewise conducted at Auschwitz; and much of modern bioethics is influenced by the Nuremberg Trials. Realizing this, I proposed the development of an online curriculum addressing “Modern Medicine and the Holocaust,” for the education of Jewish and non-Jewish physicians—and of course, broader audiences as well—on this brutal historiography. I am thrilled that YV accepted the proposal and we are currently in development of the course. I hope this can shape and inform the practice of medicine in the future.
Q: How did your TAMID college experience influence your career path?

A: From my first day with the organization on campus, I realized how “microadvocacy” can be manifest in even the smallest decisions we make every day. Politics is but an accumulation of these routine choices at the forks in the road, and to the extent Zionism was to be imbued in how we approached business, TAMID taught that we could literally put our money where our mouths were. On fellowship, I developed a sense of persistence and tenacity so intrinsic to the Israeli ethos—I got my job after combing the lobbies of skyscrapers in the Azrieli center, sending blind emails to every firm whose website I could find, cold calling with the single company who responded, and taking a bus solo to Jerusalem for a Shabbat in the middle of nowhere! Not to mention, I had to carve out a value-added role as an “analyst” in the office de novo (summer “analysts” don’t exist there, by virtue of all kids our age being drafted to the IDF). Finally, heading fund with Alex was one of my formative leadership experiences and taught me intangible skills that are simultaneously so important and so challenging to learn. So, TAMID has played a critical role as I’ve attempted to establish myself as an advocate, investigative journalist, and leader in my current field.

Q: What advice can you give to other Pros?

A: One of the best pieces of advice I ever received was to be “above no one, and below no thing.” I.e., stay humble, but stay hungry too. Be insatiably curious and ruthlessly devoted, without pretense. Also, my rugby coach at UM once said that “champions are built on 1,000 invisible mornings.” Do the unsexy, unseen things that can make you the best version of yourself—there are no shortcuts, nor secrets, other than doing the work!

Q: What’s your favorite part about being involved with Pro?

A: TAMID Pro is an incredible community of engaged and engaging people. I’m consistently amazed by the diversity of things folks are doing, in their day jobs and side hustles. If nothing else, it makes for great cocktail conversations and book lists. I’m also thrilled that the Pro community is really still in its nascent stages, and hope very much to play a part in shaping a community that is compounding in influence every graduation cycle and every promotion cycle.
Q: Is there anything else you want to share with the Pro community?
A: If you ever find yourself lost in Palo Alto, give a holler! Also, when you’re in Tel Aviv, hit up Jared Fleitman, Eli Wininger, and/or Jake Rosenfeld for restaurant recs—they had the hooks long before “Underground TLV” was a thing…