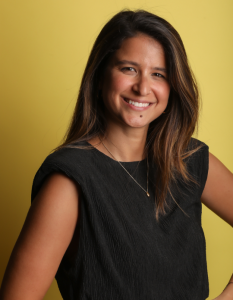 Last summer, we hosted 3 awesome interns: Daniel, Nicole, and Sam. While we had a great time hosting them and partnering with TAMID, the experience was also educational for both sides. The interns created great value for our go-to-market team and the company in general and I also learned what it takes to host international interns.

I decided to put into words some of what I have learned from hosting summer interns, in the hopes of encouraging more companies to accept interns and get the best out of the internship.

My 5 Tips for Hosting Interns

Anyone who has been lucky enough to walk around Tel Aviv over the summer has definitely seen them. They tend to move around in large groups and can be identified by their overly formal clothing. I am of course talking about the international summer interns.

Whether they are from ‘Taglit’, ‘TAMID’ or any of the dozens of programs that bring interns to Israel, here are some tips that will help make the internship more successful for both you and the interns:

The journey begins around March when you submit a request to host interns for your company. Most programs will ask you a few short questions such as, “which department will the intern be in?”, and “how many interns are you willing to host?” I highly recommend asking for at least two interns. Imagine yourself at the age of 19, arriving in a foreign country, and working in an office for the first time. Everyone is older than you and everyone speaks a different language. Intimidating, right? Having at least two interns will allow a more relaxed atmosphere and avoid the feeling of “babysitting” the intern on your end. Additionally, there’s nothing like a little healthy competition between the interns.

Even though the interns are coming to Israel to work for 8-10 weeks, which might feel like a long time, the importance of preparation cannot be overstated. You need to understand there is a certain amount of time and energy on the manager’s part that is needed before the interns will be able to add value to the company. Identify a point in the internship you’d like the interns to begin adding value, understand how much time you’ll need to dedicate to onboarding the interns, and create a detailed daily schedule to get there  Having a plan will make the most out of the relatively short period of time the interns are with your company in Israel.

So at this point, you understand the benefits of hosting an intern, and you’ve even decided to bring in two interns. You gave them assignments and a detailed schedule, but why are they so quiet? They simply cannot take part in any of the conversations happening around the office during lunch, in the kitchen, etc. I know, it’s not easy to speak English all of a sudden, and you can’t really force all your colleagues to stop speaking in Hebrew, but this transition is significant and affects the interns’ connection to your company, the staff, and you. If the interns enjoy coming into the office, they’ll feel like a part of the company and as a result, their productivity will increase. I promise it’s worth the effort. It’s a win-win situation if you think about it – who wouldn’t want the chance to practice their English with native speakers?

Your interns decided to spend their summer vacation interning at a random startup company in Israel. They are highly motivated students who are usually highly capable. It’s true that they need some guidance, but that doesn’t mean they can’t be trusted. Don’t just throw boring tasks at them, they didn’t fly to the other side of the globe to get bored under fluorescent lights. Give them challenging projects – the projects that are important but not urgent, and let them do the work you don’t have time to do. Make sure they always have something to do.

No matter how you look at it, at the end of the day, you represent Israel and Israeli culture to them. They will spend most of their time in Israel with you in the office. Try to find activities that can make their time in Israel more enjoyable. Show them around outside of the office, and introduce them to an IDF soldier or a jellyfish, our national animal. Even inviting them to a happy hour at the bar closest to the office is a great opportunity for them to engage with Israel and Israelis While you are hosting the interns, you are an unofficial ambassador to Israel so make sure they get a chance to really see and explore the Israel they won’t see on the news or read about in textbooks.

To sign up to host a TAMID intern in your office, please sign in/register through our Matching Platform, post an internship opportunity (or multiple), and one of our Fellowship team members will be in touch with you to schedule an in-person meeting. You will then be included in the matching process to be introduced to our candidates for interviews.