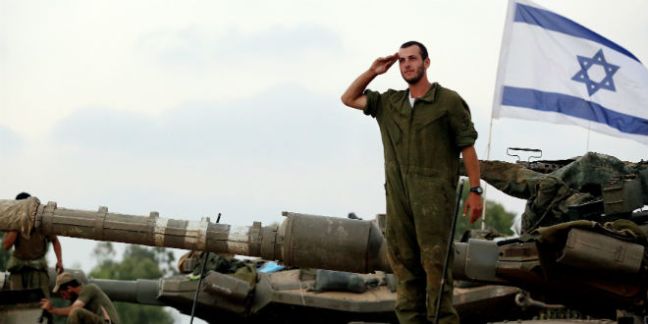 It’s a typical Sunday night in Florentin, Tel Aviv. We’re about to leave a pizza store on Ahad Ha’am Street. An AC unit drips an unidentified fluid onto the middle of my forehead. I cuss under my breath. He picks up the phone.

Five minutes and 32 seconds ago, he was cruising. His life had been set on autopilot mode for quite some time now. High School; he followed the Connecticut license plates into Riverdale. College; he merged onto that lane just over a year ago. Wall Street and Tri-state suburbia were exits he was approaching in the not so distant future.

It wasn’t unexpected traffic or a missed exit. It wasn’t a police reported ahead or a vehicle stopped on the shoulder.

It was premeditated change in course 20 years in the making, borne from passion, purpose, and a sense of duty.

You always picture these moments to be exactly like the movies. Its human nature to expect as much. Any moment now, the torrential rain would arrive, and Rivers and Roads or Sweet Disposition would start playing in the background.

But there was no dramatic effect to be found, and the conversation began like any other.

In his life, she was the front-seat passenger. All she ever saw up until now was open road.

“Everything’s great, but we need to talk”.

She puts her seat belt on.

He was nervous, but collected.

I heard a mother’s incredulity.

I heard his conviction.

I heard a mother’s fear for her son’s safety.

I heard a valiant, yet ultimately futile, attempt at calming a worried Jewish mother.

I heard a mother’s concerns for her son’s future.

I heard submission of himself to something far greater than a college degree or a Bloomberg Terminal.

He checks the mirrors and blind spots. He turns on his signal.  He has a few moments to make the switch. It’s now or never. He’s ready.

“Mom, I’m doing this. I’m done talking about it. This is for real”

This was for real.

He hung up the phone. I saw his face. He looked the same, yet strangely different. There was a seriousness in his eyes that hadn’t been there five minutes prior. I was wrong. This wasn’t a typical Sunday night in Florentin.

A walk to Super Cofix, feeling ready to leave Lighthouse, a salad at Red Meat, and apparently, life changing detours. I’ve recently discovered that all these things take no longer than 6 minutes. Barely enough time to listen to Cheap Thrills.

I was there to see him switch lanes, but neither of us know for sure where these new roads will take him. They will be precarious to be sure; ill paved, dimly lit, and seldom travelled. But what the roads ahead lack in familiarity and comfort, he makes up for in determination and resolve.

We leave the pizza store, but we’re craving some frozen yogurt. How do we get to Tamara from here?