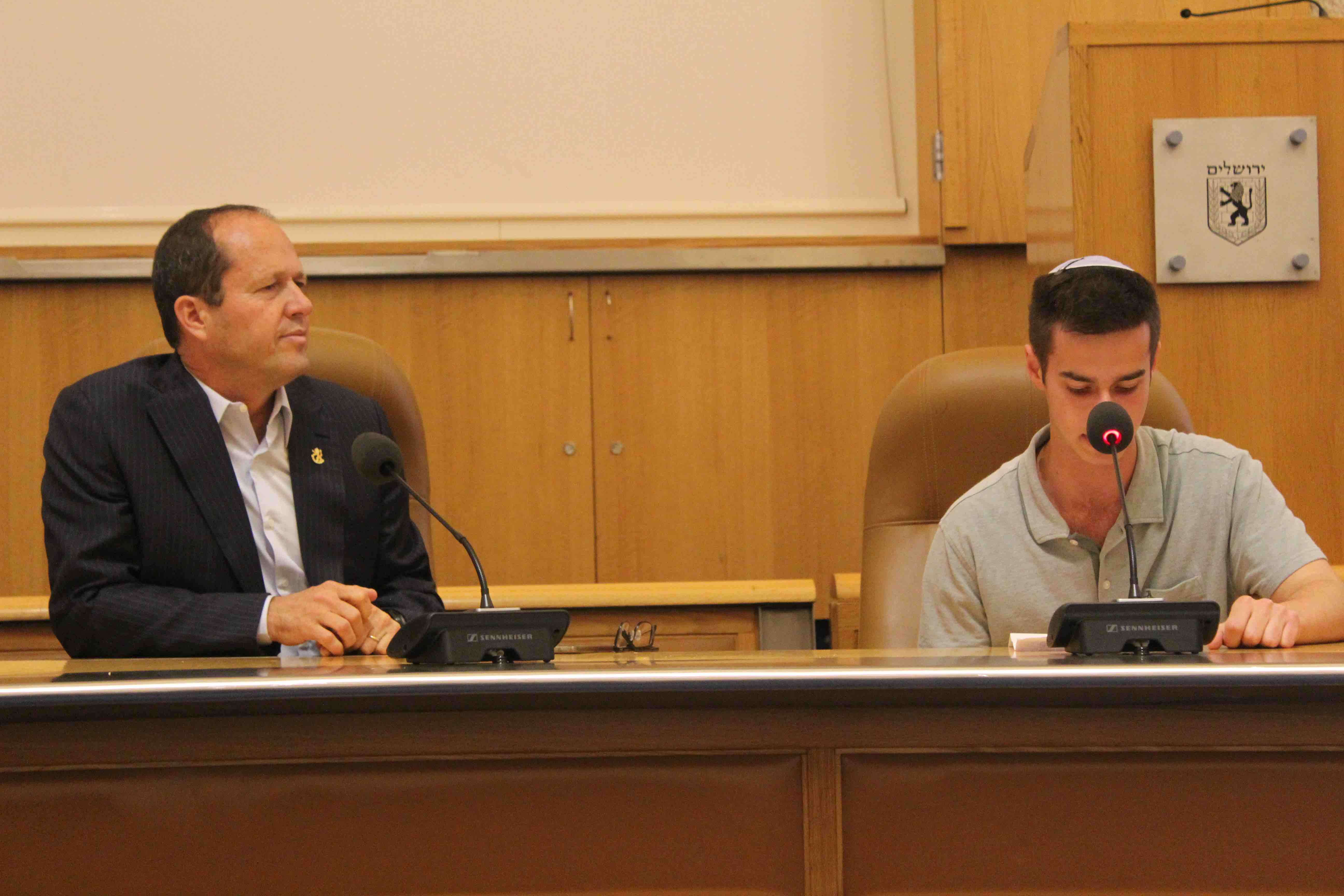 Hi everyone and good morning, I’m Benji Schwartz, a Jerusalem TAMID Fellow from the Brandeis University Chapter, interning this summer for the Reshut Lpituach Yerushalaim, the Jerusalem Development Authority. It is an honor to be speaking here today.

Though I’ve only been a part of the JDA for a short while, it is already quite clear the dedication that its employees have regarding the ultimate goal of promoting the startup ecosystem in the city.

Public perception is that Tel Aviv is where the “real” tech scene is happening, and that Jerusalem is far behind. This is even clear in “TAMID terms:” 210 Fellows are in Tel Aviv, and only 20 are in Jerusalem. But Jerusalem is at the forefront of the country’s biotech and computer vision industries. The 2018 Global Startup Genome Report singled out Jerusalem as “The heart of Israel’s life science and biotech innovation,” and it emphasized that “Over the last years the [Jerusalem] ecosystem developed specific expertise in the fields of Computer Vision and Image Processing.”

So far, thanks to our amazing bosses, Shay and Oded, Eve and I have had several unexpected opportunities. We had the privilege to join a Google-led tour comprised of twenty international entrepreneurs learning from experts in Jerusalem about Computer Vision technology. We participated in a meeting with a Slovakian ambassador who was working with the Authority to organize an international delegation to visit Jerusalem-based tech companies. We have met with researchers, visited innovation spaces, startups, and late-stage companies. We have seen firsthand that Jerusalem really is a center for innovation.

I want to mention that I am only here this summer because of a speech I heard the Mayor give last year at a Mizrachi convention on Jerusalem Day. He made a request to all teenagers in the audience to come back to Israel in the future to work in startup companies. And here we are now.

I want to thank TAMID and all affiliated parties, the Jerusalem Development Authority, and Eve Wellish for giving me the opportunity to work for the Authority this summer. I think that everyone here has a lot to gain from interacting with the city’s ecosystem, and I hope that next year we send even more Fellows to Jerusalem.