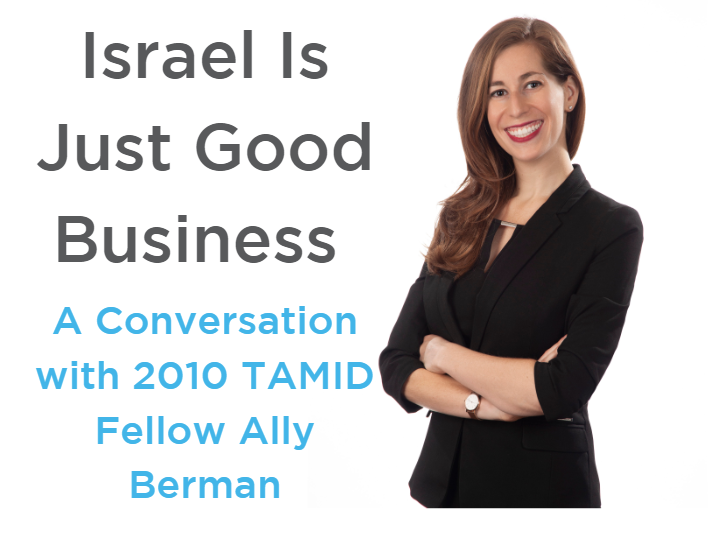 Israel Is Just Good Business: A Conversation with Ally Berman

Ally Berman does not wait for opportunities to come to her.

When her undergraduate program did not support her dream of working with startups, she got on a plane to San Francisco the day after her graduation, without a job but determined to find one. When she woke up one morning and decided she wanted a law degree, she was enrolled in classes at Emory University Law School less than a year later. And when she had the chance to spend the summer in Israel as part of the first ever TAMID Fellowship cohort, Ally hustled to make it happen.

Ally joined TAMID during her freshman year of college at the University of Michigan as part of TAMID’s second ever recruiting class. When asked what motivated her to join an organization that was still getting on its feet, she described two factors: “It said business, and it said Israel.” She had found a quarter-sheet flyer slipped under the door in her freshman dorm room and wondered if they had singled her out because, somehow, they knew that she was passionate about Israel. They had put it under everyone’s door, she later found out. But it made her feel special.

Almost from day one, she was a part of the team responsible for TAMID’s viral expansion during its first half-decade of existence. In the second semester of her freshman year, she became TAMID’s Vice President of Programming, a role in which she was responsible for developing the very core of what TAMID’s campus program looked like. She worked to answer foundational questions like, “What does education look like?” and later, “What does it mean to be a TAMID chapter?” This entrepreneurial vigor has been a mainstay of Ally’s professional career ever since.

By the end of Ally’s freshman year, TAMID had established itself enough to make the first summer Fellowship a reality. Supporters of TAMID had donated enough for five students’ flights and housing, but the cohort was responsible for just about everything else. Although she does not recall exactly where that early funding came from, she notes that “in venture capital terms it was friends and family round.” In 2019, the Fellowship had nearly 240 fellows, and Ally’s reminiscing brings into direct spotlight the scale of TAMID’s growth over the last ten years. 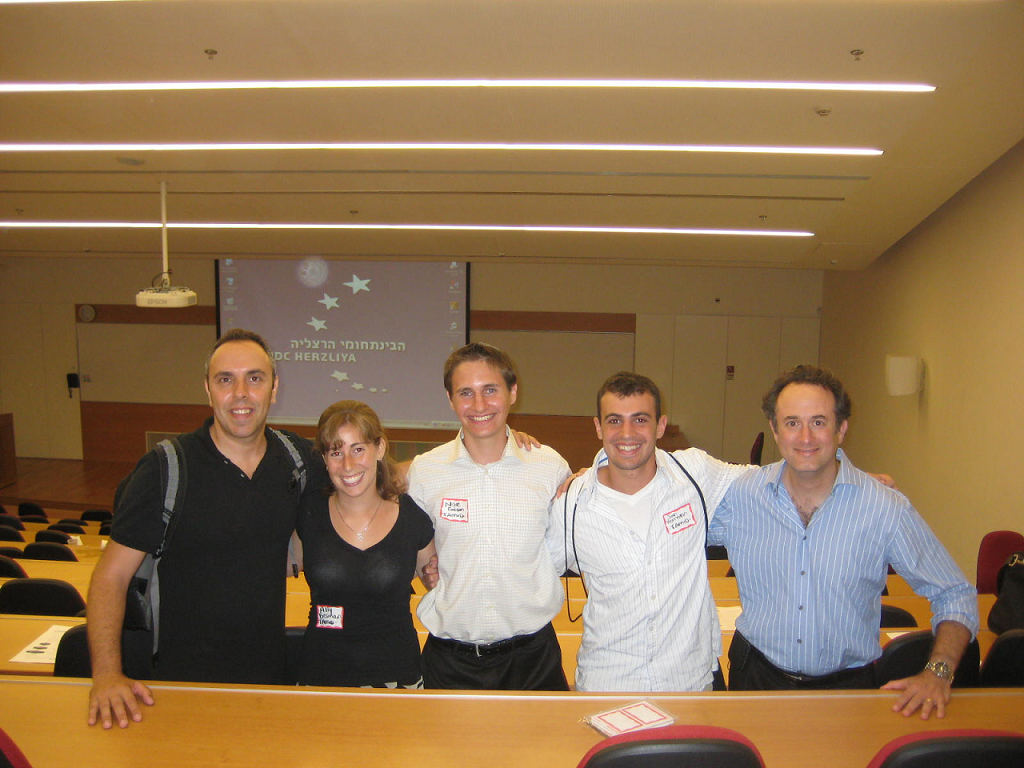 In the summer of 2010, the five TAMID fellows hit the Tel Aviv pavement, aggressively networking, making connections, and building the TAMID brand. Ally recalls one evening in July when the fellows were invited to speak at TechAviv, an exclusive invite-only global network of company founders. By the end of the event, “there were lines of entrepreneurs and CEOs waiting to talk to us about this idea that we were pitching,” she says. Asked why their efforts to evangelize TAMID were so successful that summer, and she had a very simple answer: “It was just a good idea.”

Ally graduated from the Ross School of Business in 2013. Not ready to pick up and move to Israel, she opted for the “next best thing,” and boarded a plane for San Francisco, where she tackled challenge after challenge in the startup world. When her company completely eliminated her role three weeks after her start date, she greeted the challenge of new, unfamiliar work with characteristic excitement and positivity. TAMID had taught her she could handle anything.

After her time in San Francisco, Ally moved back to the Midwest. She pondered nonprofit work and ultimately decided to pursue career opportunities with “a moral mission [she] agreed with.” When she tired of the work, and needed a new challenge, she plunged headfirst into applying for law schools. She explains that while she would not “recommend taking the February LSAT when you want to start that same fall, you make it work.”

Ally continues to be involved in TAMID’s growth, and co-founded the Pro-Board in 2017. Now in her first year as an associate at one of the top law firms in Atlanta, Ally still hasn’t strayed too far from the TAMID path. She is practicing Intellectual Property Law, and dreams of one day travelling to Israel and bringing back startups as clients of her firm. In 2020, her career is still indicative of the student that in 2008 joined a group based solely on the self-identifiers “Israel” and “business.” Her career is evidence that a TAMID education can take you anywhere.

To end our conversation, I asked Ally if she has a vision for TAMID’s future. She has seen it grow, almost since its inception, and is better poised to answer this question than nearly anyone. Her answer was a call back to what TAMID is at its very core: “[TAMID] shows people the human side of the country that you normally only interact with politically, religiously. It’s a good business club, and Israel is just good business.”

Click here to help raise $15,000 for scholarships for the TAMID Pro Scholarship Fund! 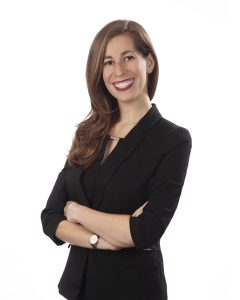 Ally Berman graduated from the University of Michigan’s Ross School of Business in 2013. She is currently an intellectual property attorney working for the firm of Kilpatrick Townsend and Stockton in Atlanta, Georgia.