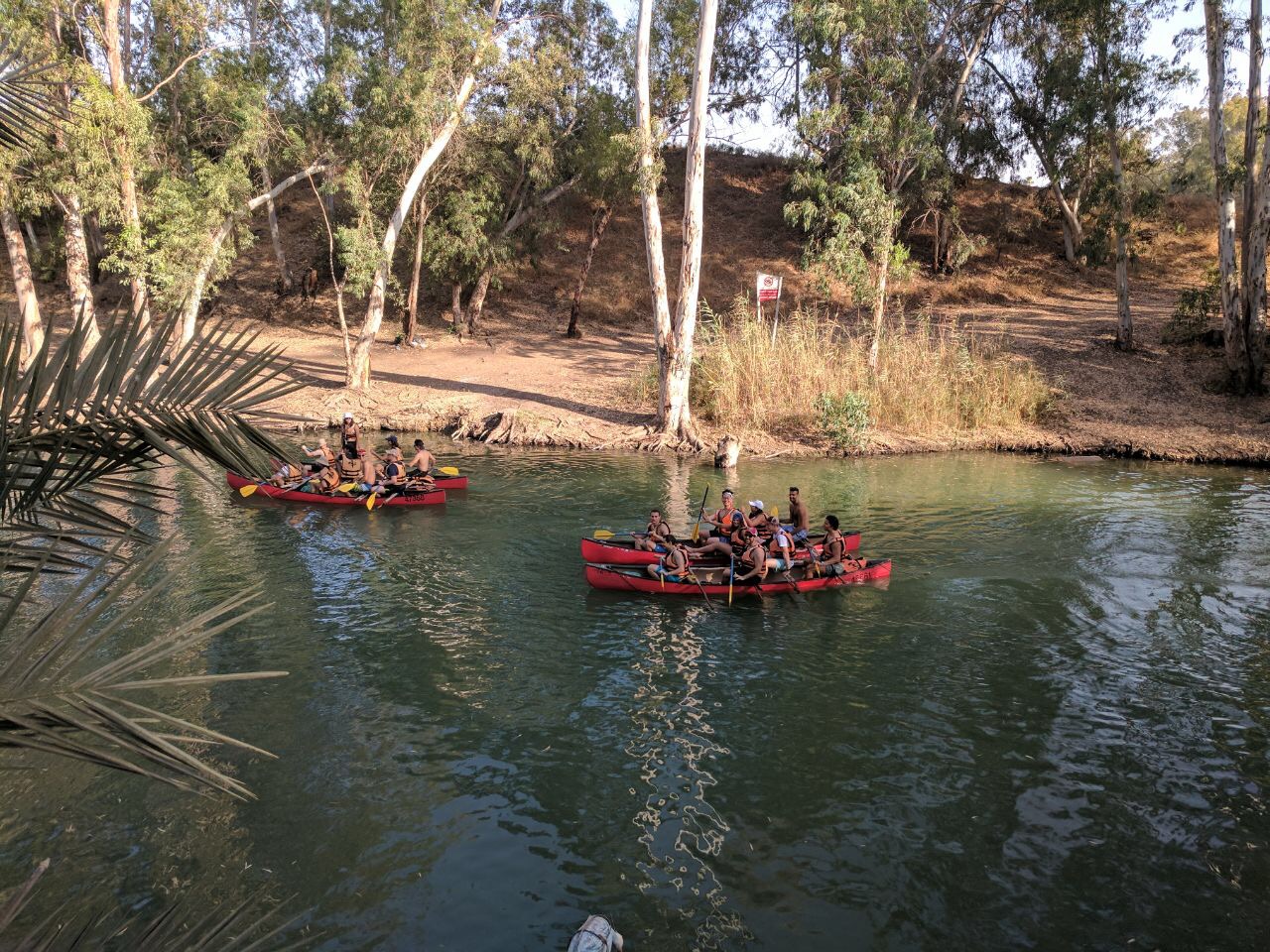 By: Sigal Spitzer, University of Pennsylvania

We made it to Israel!!! After many months of preparation, Session 1 of the 2017 TAMID Fellowship traveled north to kick off the summer with cohort bonding, sight seeing and internship preparation. After arriving to Israel and settling into respective apartments or hostels in the greater Tel Aviv area on Tuesday, the larger group composed of three smaller cohorts was ready to mingle, network and socialize.

Early Thursday morning, buses departed for Haifa, a northern port city along the Mediterranean coast, to visit the serene Bahai gardens and learn about the symmetrical perfection of the gardening techniques used to trim and maintain the grounds. In order to fulfill the prophecy of the ancient Bahai leaders, the modern founders of the garden built 18 levels of unique gardens with a shrine directly in the middle. All TAMID participants walked down 700 steps in 45 minutes, led by passionate volunteer Bahai tour guides.

Continuing the cultural experience of Israel, the group traveled to a nearby Druze village called Isfiya, for a delicious and authentic Middle Eastern lunch. Isfiya in Arabic means storm, elucidating the development of the community on the top of the Carmel mountain range. My cohort had the opportunity to meet with a young man named Marjuan, who explained the Druze religious priorities, national obligations and historical significance. He discussed his service in the IDF and pursuit of international relations at Haifa University — two experiences that he hopes will help him create “shalom” in the region.

Excruciating heat in Israel is not uncommon, but to prevent the constant sweat and anticipated sunburns, the group headed to the Jordan River for team building activities. Groups competed in a raft-building contest culminating in paddling down the river. Each group was responsible for picking up trash, protecting a team balloon, collecting clues and finding treasures along the cryptic map. TAMID fellows jumped off trees and ropes to cool off in the water. Many groups even began to spark conversation with local Israelis who were camping-out along the river!

To the surprise of the TAMID fellows, Thursday night evolved into an outdoor adventure, as we slept outside in tents in a small community in the Golan Heights called Avnei Eitan. Nighttime activities consisted of cohort reflections and a communal marshmallow roasting party around a bonfire. Israeli music blasted around the tents as Session 1 connected with new friends and socialized together.

On Friday, the heat wave continued which prevented the group from hiking in the Galil. Instead, TAMID quickly mobilized and scheduled two visits to viewpoints nearby. The first, Mitzpeh Offir, overlooked the Kineret from the east, while the second, Mitzpeh Yedidyah, overlooked an ancient Roman refuge, coinciding with the hiking trail, colloquially known as Sea to Sea, that runs from the Mediterranean to the Kineret. Due to the excessive heat of 106 degrees Fahrenheit, both pit stops were short, yet historically significant and contemporarily relevant.

The final activity of the day helped everyone relax in preparation for Shabbat. Off to Banana Beach! Iced passion fruit and mint lemonade drinks, ice cream and popsicles were a big hit, as the group headed directly for the water to cool off. The beach was the perfect setting to continue meeting other cohorts and battle in chicken fight!

Though TAMID is an a-religious and a-political program, a few fellows organized Friday night services not only for those who identify in an observant community but also for those who have never experienced a Jewish prayer service before. We danced and sung to welcome the Shabbat Queen, with small breaks for explanation in between. A delicious traditional Shabbat dinner topped off the night — matzah ball soup, chicken, rice and chocolate soufflé for dessert.

On Saturday, Maya Cohen, the National Consulting Program Director came to Shalomi to speak to Session 1. She discussed consulting opportunities for future semesters and explained how the consulting projects operate from her oversight position. She inspired us all to improve our consulting tracks on campus and explore further opportunities with our current summer internship companies.

The remainder of the day was spent relaxing — Oneg Shabbat, a very important rejuvenating experience in the Jewish culture. Some students played card games and discussed existential questions while other students went to the beach and relaxed off campus. Adina Remz, the Internship Manager, hosted office hours, while David Micley, the Fellowship Director, and Yonah Liben, the Assistant Fellowship Director, attempted to put faces to the hundreds of lists of names they memorized during the preparation period.

Once the Sabbath ended, the group quickly mobilized to board buses and return to Tel Aviv because internships started on Sunday! Good luck to all participants on their first weeks of work.