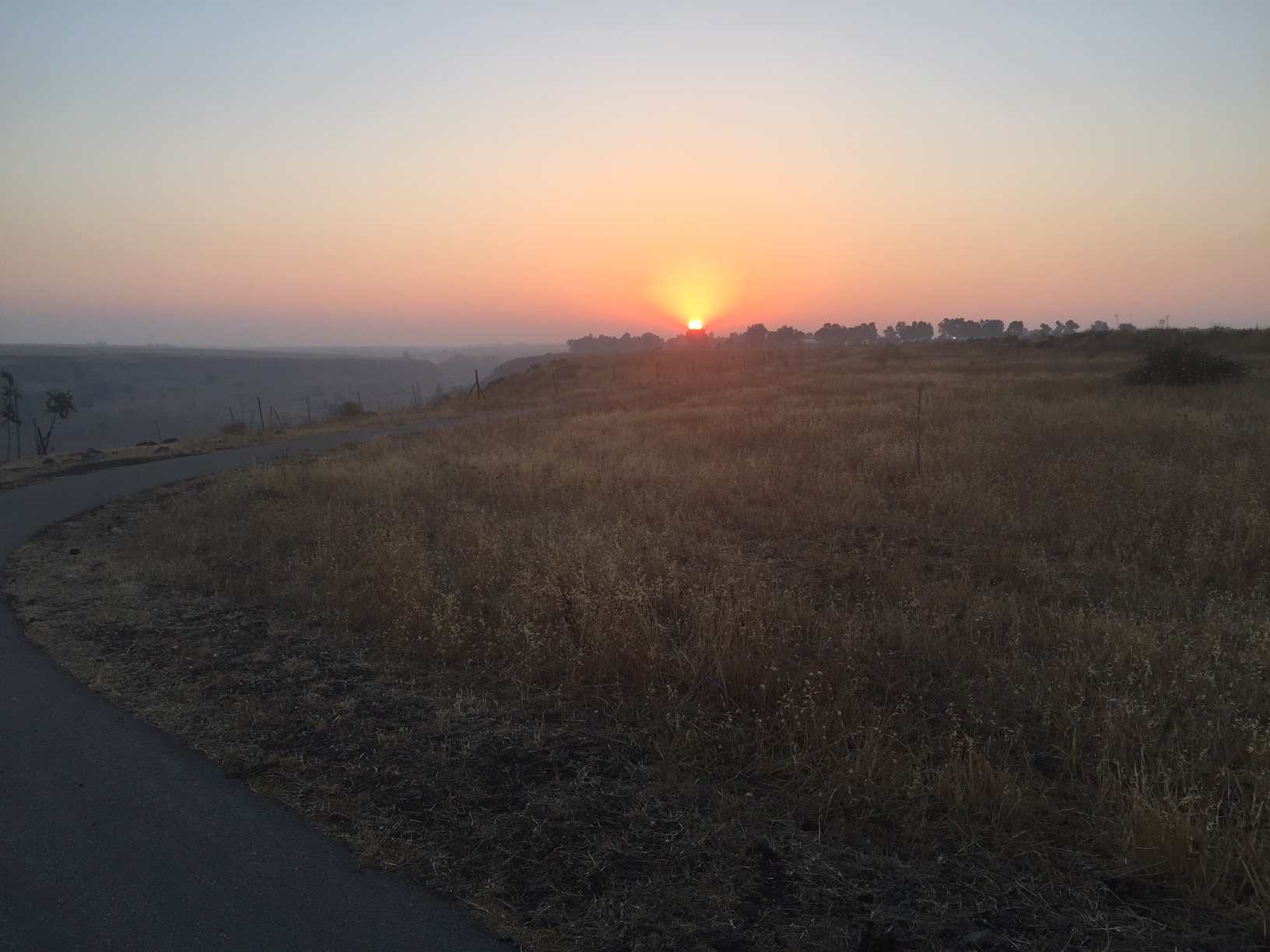 It was within 48 hours of stepping off the plane in Tel Aviv that I found myself packing my bag and getting on the road yet again. This time, it was with a hundred other TAMID fellows heading to the north of Israel for our first weekend trip. Within two hours, we had gone from the bustling city of Tel Aviv to the serene mountains of the Galil. The drastic change in scenery brought with it new adventures. We began our journey with a hike down a rugged mountainous trail followed by rafting in the tranquil Jordan river. At first everyone seemed hesitant to get their feet wet (pun intended). Yet the minute we climbed into the raft we were left with no choice, as we were pushed down a ramp and sent crashing into the river. From that moment on, we were challenged with figuring out how to steer in the direction of the current and keep the raft from colliding with the river bank.

After rafting the Jordan, we were bussed over to a Kibbutz where we were to spend the night. The accommodation? A massive beduin-style tent with stained mattresses and used sleeping bags. As a person who’s never been camping in his life, one could reasonably deduce that sleeping on the floor of an insect-infested beduin tent was not the most pressing activity on my bucket list. My first inclination was to try to pull an all nighter, but the freezing nighttime air forced me reluctantly into the tent, where I remained until 5:30am.

Walking outside into the chilly, misty morning, I could see the sun rise above the silhouette of distant mountains. There was not a breath of wind – the air was so silent you could hear a pin drop. At that moment, I realized that this was the most genuine way to experience Israel. Israel is not just a startup mecca, infused with beaches, bars, and restaurants – but a country with a tremendously diverse landscape and culture. Understanding this diversity is essential to understanding the roots of the startup nation and appreciating how quickly the country has developed into a premier world power.

Despite a nearly sleepless night in the tent, we had an action-packed day ahead of us. We began with an off-road bike ride and followed up with a delicious homemade lunch in a Druze village. We toured the pristine Bahai Gardens in the heat of day and cooled off with an afternoon at the Haifa beach.

The trip turned out to be both a bonding and team-building experience for everyone. It was a great way to get to know other fellows before the internship, and was certainly a step outside everyone’s comfort zone – a recurring theme on this trip. Like being sent plunging into the Jordan, the minute we stepped off the plane at Ben Gurion airport, we were forced to adapt to Israeli practices and figure out how to get by in a major foreign city. For the many of us who have never lived in a foreign country, let alone been to Israel before, spending two months in Israel will be both a challenge and a thrill. Upon returning to Tel Aviv, we were itching to begin our internships and immerse ourselves in this exciting new environment filled with opportunity.