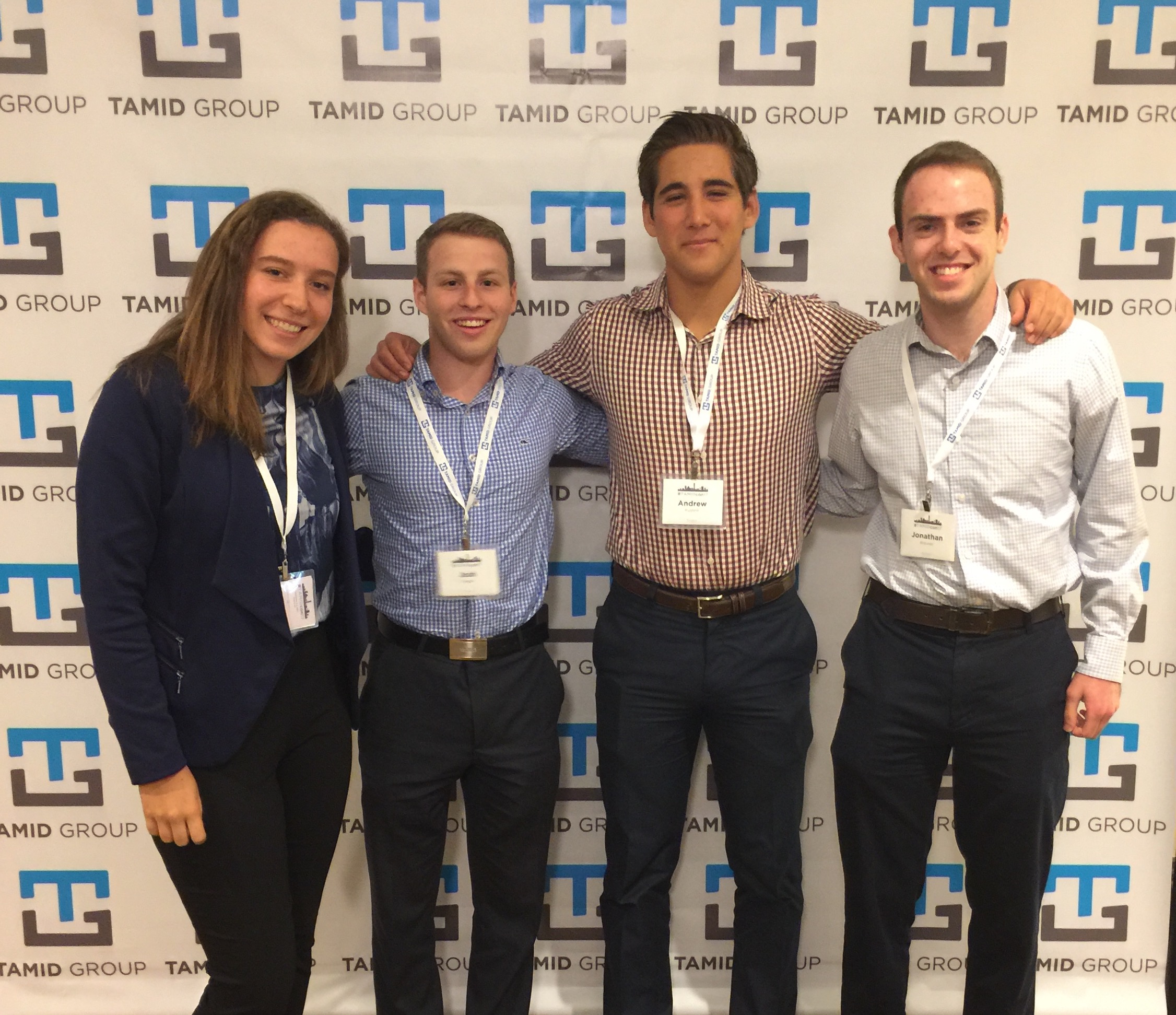 TAMID at Rutgers recently had the opportunity to attend TAMIDcon, an annual convention of TAMID chapters from all around the world. This conference marks an important moment for us as a chapter; our first TAMIDcon! TAMID at Rutgers, composed of a dedicated executive board and an incredibly talented founding class, worked tirelessly last year to complete the Beta process and become a fully recognized national chapter, so we were excited to prove ourselves in person!

Upon arrival, the Rutgers chapter leadership had an opportunity to meet and network with other chapters that had also recently successfully completed their beta process. This initial experience was truly welcoming as we were able to learn that other chapters had gone through very similar experiences and challenges. It was an excellent opportunity for us to learn about how other chapters had approached their problems, what we could learn from them, and any thoughtful insight that we could provide.

Soon after meeting all of the newly inducted chapters, the large and established chapters began to file in. These were chapters that we had reached out to for help and inspiration, chapters that we pointed to when we searched for successful examples to replicate. We discovered interesting issues, ones our chapter had barely considered, were problems that would come up as we became an established organization. We had the opportunity to sit in on sessions where representatives from each chapter were asked to bring up issues that they are running into within their particular focus. In one meeting, a specific established chapter brought up a concern that as their chapter became more coveted on campus, the selective nature of their application process was hurting their reputation. As a chapter that has only gone through one recruiting cycle, we were not too concerned with creating a selective culture as we simply wanted to recruit the best talent and did not have an incredibly large applicant pool. Rather, our chapter was very focused on creating an internal culture of learning, innovation, and responsibility. Granted, with this new foresight and adherence to a long-term potential reputation issue, we are now planning ahead to prevent a negative external perspective that could put us out of a positive light in the community.By having the opportunity to meet with other chapters from all around the world, our chapter was lucky enough to be able to gain foresight on many potential issues that we may run into such as growth, funding, culture, and leadership turnover.

A clear highlight of our experience at TAMIDcon was the opportunity to hear coveted guest speakers share their experiences and thoughts on important issues. Shelley Zalis spoke to us about the importance of diversity and more importantly, working together to create diversity in our organizations. Omri Lavie spoke to us about his personal experience facing the challenging issues of starting multiple companies. Both of these speakers provided our chapter with an alternate perspective and the opportunity to consider the implications of the major issues that were brought up.

TAMIDcon was far from a traditional experience for TAMID at Rutgers. The experience served as a capstone to the completion of our beta process. Even more so, it reminded us that we have a long journey ahead of us. Our chapter is going to have to face many challenges ahead and we are going to have to adjust many of our operations and functioning as we grow. Going to TAMIDcon truly opened TAMID at Rutgers’ leadership’s eyes to the fact that we are not alone and that we have an enormous community of hardworking, committed, and unexpectedly like-minded leaders by our side at chapters all around the world.