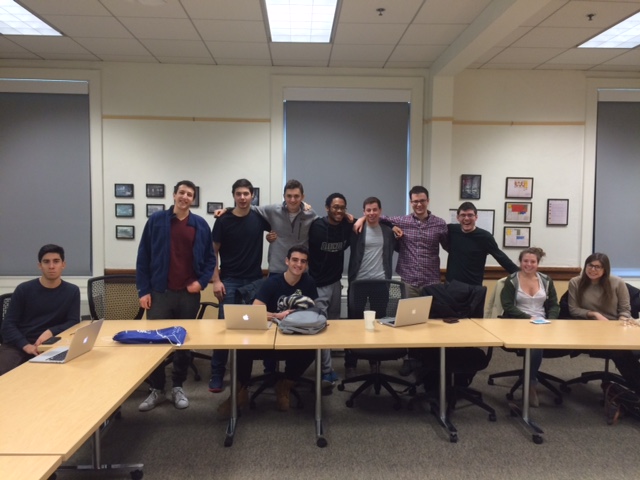 Setting Goals As a New Chapter

By: Jacob Cutler, TAMID at Dartmouth

Following the conclusion of a long and rewarding beta process, our TAMID chapter at Dartmouth College is very excited to take on new responsibilities and roles in the coming year.  After a year of hard work, we’re enjoying working with real Israeli companies and taking an active part in the fund, and are looking forward to the summer TAMID fellowship.

Making the transition between a beta chapter and a full chapter isn’t as simple as we thought, however, and as such we’ve tried to set some major goals for the year to make that transition as smooth as possible. The biggest of these goals for our TAMID chapter is to maintain the same sense of momentum and purpose that drove us throughout the recognition process last year. As we move through this year, we’ll be taking on new responsibilities and work that we’ve never done before, but without that close oversight of an expansion committee. To keep that momentum and drive without any kind of external validation from the expansion committee, we’re working very hard to make sure each group member feels a sense of ownership over the projects they are working on and over the chapter as a whole. If everyone feels ownership over what they are doing, we think, everyone will remain engaged and that sense of momentum and drive will persist.

Another goal is to further build some firm institutions of our chapter that will last even as some founding members begin to graduate and new leaders come into their roles. We’re hopeful that by focusing intently on a few key operations, we can build a strong model of good work to rely on in the future.  The TAMID conference in September provided a great chance for some of us to learn from other chapters about how they built a strong and consistently performing chapter, and now we’re in the process of applying some of the lessons we learned at that conference.

And perhaps least tangibly but quite importantly, we’re working to build a real sense of community and social cohesion within our chapter. Last year our chapter started to come together as a group, but we’d really like to develop a further social aspect of our chapter that persists outside of the meeting room. Current fun social event include bowling, apple picking, and paintball—but this part is obviously a work in progress.

These goals are easier said than done, but we’re excited to be beyond the beta progress and moving forward as a full chapter. The recent conference gave us a broad range of ideas and a better sense of our place within the TAMID national organization, and our chapter at Dartmouth is looking forward to a great year as we come into our own as a full chapter.