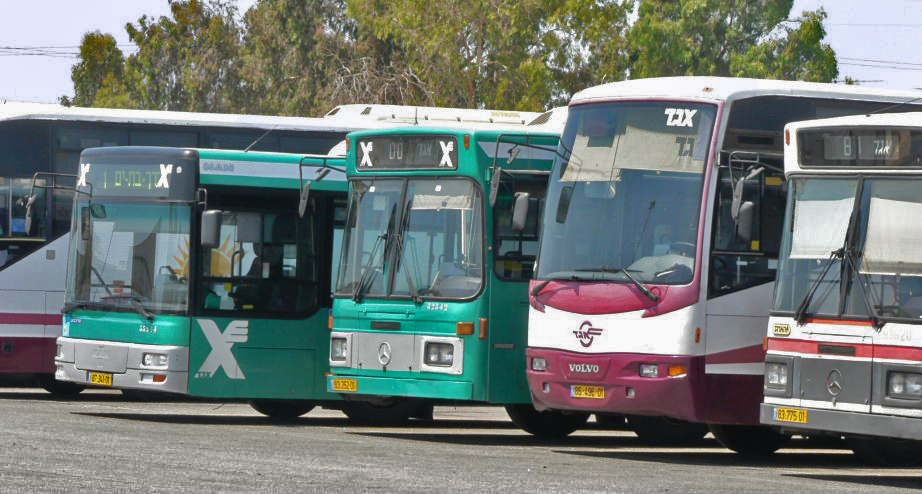 How the Tel Aviv Public Bus System Changed My Life

By: Alexandra Bergman, University of Maryland

It’s been a little over 2 weeks since I’ve been home and Israel is much too quickly becoming a memory. For 221 TAMID Fellows, we’ve arrived home and have integrated back into daily home routines: rushing to see friends before we go back to school, eating at our favorite local places, and of course, lots of post-Israel/pre-semester sleep. We are all coming home to the broadest question from friends and family: “So, how was it?”.

As I answered this question more and more, I had accidentally formed a uniformed response. But, when people asked about the culture, the people, Israeli values- that’s when I could really delve into our two-month adventure. I’ve thought about reflecting on canoeing down the Sea of Galilee, spending Shabbat at the Kotel, sitting in on meetings with ambassadors, or my take on the best hummus places in Israel. But, instead, there is one part of this summer that each Fellow spent an enormous amount of time on, and whether they knew it or not, learned so much about the Israeli way; I’m talking about the Tel Aviv public bus system.

Most of us started and ended our days at work on the bus. Virtually everywhere we went outside of work meant taking the bus. I have to admit, it was the place where I learned most and reflected often. It was the little things on the bus that I picked up on, and took back home with me as integral parts of life in Israel. There are three recurring things that always happen on the bus, and these really do reflect the Israeli way.

With the cutest kids ever come giant clunky strollers that are pretty hard to manage getting on and off the bus. Most of the time, the kid(s) were with one adult. Now, getting a stroller off the bus is a much harder ordeal than it sounds like. However, I am happy to report (and here comes my first point), there was always a stranger who helped without even being asked. Whether a young soldier or an old lady, whoever was standing by that door was ready to help get that stroller from Point A (the bus) to Point B (the ground). I know it sounds like the smallest thing, but after seeing it so many times, it is something that so well represents the high standard that Israelis hold for helping without being asked.

When the bus stops, you have approximately 5-10 seconds to get off at that stop. Whatever the reason, there are always some laggers who are about to step off as the door closes. The second that happens, everyone on the bus screams at the bus driver to open it. There have been numerous times where I have dozed off and awoken to screaming words in Hebrew thinking something terrible was happening. I’m relieved to see that it’s just people helping a fellow citizen get off the bus at their correct stop. This recurring situation was an example of not just empathy, but also the strong voice of Israelis to always stand up for themselves and those around them.

I know this is a universal rule around the world, but Israelis probably rank number one in the world for the giving-up-seats turnover rate. They have the upmost respect for the oldest and youngest generations, and that’s sadly something I don’t see enough in America. If you’re pregnant, have small children, or look like you were alive during WWII (give or take a decade), you have a seat on the bus. This is so symbolic of the age precedent- respect your elders and recognize the importance of new generations.

Along with many other Fellows, I have adopted values I’ve learned this summer into my own identity and daily life. So now it’s time for every TAMID Fellow to switch out our Rav Kavs for our student IDs and unpack our suitcases from Israel to only repack them for school. The Israeli way is unlike any other, and it’s the reason that we are all so passionate about TAMID’s mission. Thank you TAMID for a truly unforgettable summer!